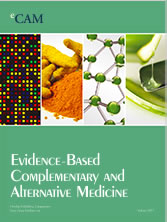 Following on from earlier research which indicated that Zi Shen Yu Tai pill ( a well known Chinese herbal formula) may improve implantation rates in IVF patients, these researchers decided to investigate the mechanism. They found that this formula reduced precocious endometrial development in mice whose ovaries were being stimulated, and  increased the expression of HOXA10, an important marker of uterine receptivity. This may be describe a mechanism of action for this formula although this study has not been replicated on humans (for ethical reasons)

Controlled ovarian hyperstimulation (COH) is widely used in assisted reproductive technology (ART), but it often leads to precocious maturation of the endometrium such that it impairs embryonic implantation and limits pregnancy rates. Previous studies have shown the traditional Chinese medicine, the Zishen Yutai pill (ZYP), to be effective in treatment of threatened as well as recurrent miscarriages, and it can improve embryonic implantation rates in patients undergoing IVF treatment. In the present study, the ZYP has been found to ameliorate precocious endometrial maturation in a mouse model of different COH. Molecular evaluations, real-time PCR, relative RT-PCR,Western blotting, and immunohistochemistry have indicated that the ZYP increased the expression of HOXA10, an important marker of uterine receptivity. Elevation of HOXA10 led to further upregulation of its target gene, integrin 3, and downregulation of EMX2, two additional markers of uterine receptivity. In this way, the ZYP may mitigate COH-induced precocious maturation of the endometrium and improve uterine receptivity by upregulating HOXA10.

Auricular Acupressure Reduces Anxiety Levels and Improves Outcomes of in Vitro... How to improve the Uterine Lining
Scroll to top