In this RCT, a group of researchers in Brazil gave acupuncture and moxibustion to patients who had not achieved a pregnancy after 2 IVF cycles. Treatment was administered during the stimulation phase of the 3rd IVF cycle and after embryo transfer. Significantly more women in the acupuncture group conceived compared to the control groups.

Objective: To evaluate the effectiveness of acupuncture and moxibustion as an adjuvant treatment in women undergoing in vitro fertilisation (IVF) when embryo implantation has failed.

Methods: A prospective, randomised controlled clinical trial was conducted with 84 infertile patients who had had at least two unsuccessful attempts of IVF. The patients were randomised in three groups: control (n=28), sham (n=28) and acupuncture (n=28). The sample size was calculated by assuming a pregnancy rate of 10% when embryo implantation had failed. The pregnancy rates of the current IVF cycle were evaluated by measurement of blood β human chorionic gonadotrophin (βhCG) and subsequent transvaginal ultrasound. Acupuncture was performed on the first and seventh day of ovulation induction, on the day before ovarian puncture and on the day after embryo transfer. In the acupuncture group, patients were treated with moxibustion at nine acupuncture points (BL18, BL22, BL23, BL52, CV3, CV4, CV5, CV7, GV4) and needling at 12 points. In the sham group needles were inserted in eight areas that did not correspond to known acupuncture points.

Conclusions: In this study, acupuncture and moxibustion increased pregnancy rates when used as an adjuvant treatment in women undergoing IVF, when embryo implantation had failed. 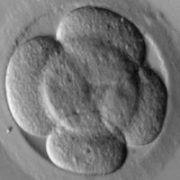 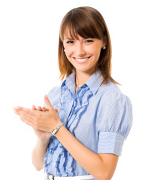 Effects of acupuncture on the outcome of in vitro fertilisation and intracytoplasmic...

Effects of Chinese Medicines for Tonifying the Kidney on DNMT1 Protein Expression...
Scroll to top