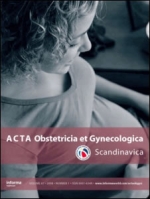 This was one of the first trials to look at the effect of acupuncture on Polycystic ovarian syndrome. This small prospective trial and subsequent larger trials indicate that electroacupuncture is a possible technique that may be used to stimulate reluctant ovaries to ovulate more often in some women with PCOS.

Background: The present study was designed to evaluate if electro-acupuncture (EA) could affect oligo-/anovulation and related endocrine and neuroendocrine parameters in women with polycystic ovary syndrome (PCOS).

Methods: Twenty-four women (between the ages of 24 and 40 years) with PCOS and oligo-/amenorrhea were included in this non-randomized, longitudinal, prospective study. The study period was defined as the period extending from 3 months before the first EA treatment, to 3 months after the last EA treatment (10-14 treatments), in total 8-9 months. The menstrual and ovulation patterns were confirmed by recording of vaginal bleedings and by daily registrations of the basal body temperature (BBT). Blood samples were collected within a week before the first EA, within a week after the last EA and 3 months after EA.

Results: Nine women (38%) experienced a good effect. They displayed a mean of 0.66 ovulations/woman and month in the period during and after the EA period compared to a mean of 0.15 before the EA period (p!0.004). Before EA, women with a good effect had a significantly lower body-mass index (BMI) (p”0.001), waist-to-hip circumference ratio (WHR) (p!0.0058), serum testosterone concentration (p!0.0098), serum testosterone/sex hormone binding globulin (SHBG) ratio (p!0.011) and serum basal insulin concentration (p!0.0054), and a significantly higher concentration of serum SHBG (p!0.040) than did those women with no effect.

Conclusion: Repeated EA treatments induce regular ovulations in more than one third of the women with PCOS. The group of women with good effect had a less androgenic hormonal profile before treatment and a less pronounced metabolic disturbance compared with the group with no effect. For this selected group EA offers an alternative to pharmacological ovulation induction.

Relationship between psychological stress and semen quality among in-vitro fertilization...