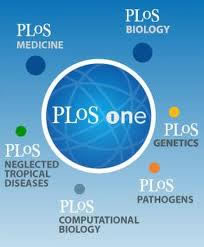 This collaboration between China and the UK analysed 20 eligible randomised trials that looked at the effect of Chinese herbal medicine taken during IVF cycles. Most IVF clinics in the west discourage the use of herbs during IVF, so the 20 trials used in this meta-analysis came from IVF clinics in China, and were reported in Chinese medical journals.The combination of Chinese herbal medicine with IVF significantly increased the pregnancy rate, though the authors express concern about a risk of bias since reporting and analysis requirements are different in Chinese journals. Hence further large RCTs are warranted.

Abstract
Background: A large number of infertile couples are choosing Chinese herbal medicine (CHM) as an adjuvant therapy to improve their success when undergoing in vitro fertilization (IVF). There is no systematic review to evaluate the impact of CHM on the IVF outcomes.
Objective: To evaluate the effectiveness of CHM with concurrent IVF versus IVF alone on the outcomes of IVF and its safety.
Methods: The protocol of this study is registered at PROSPERO. Eligible RCTs searched from 8 databases which compared a combination of CHM and IVF with IVF alone were included. Two authors independently selected studies, extracted data and assessed methodological quality. Meta-analysis of RCTs was conducted if there was non-significant heterogeneity (evaluated by I2 test) among trials. All statistical analysis was performed using RevMan 5.1 software.
Results: Twenty trials involving 1721 women were included in the meta-analysis. Three trials were evaluated as having an unclear risk of bias. The remaining trials were evaluated as having a high risk of bias. Combination of CHM and IVF significantly increases clinical pregnancy rates (OR 2.04, 95%CI 1.67 to 2.49, p,0.00001) and ongoing pregnancy rates (OR 1.91, 95%CI 1.17 to 3.10, p = 0.009). Use of CHM after embryo transfer had no better outcome in reducing the rate of ovarian hyper stimulation syndrome (OR 0.39, 95%CI 0.14 to 1.11, p = 0.08).
Conclusions: This meta-analysis showed that combination of IVF and CHM used in the included trials improve IVF success, however due to the high risk of bias observed with the trials, the significant differences found with the meta-analysis are unlikely to be accurate. No conclusion could be drawn with respect to the reproductive toxicity of CHM. Further large randomized placebo controlled trials are warranted to confirm these findings before recommending women to take CHM to improve their IVF success.