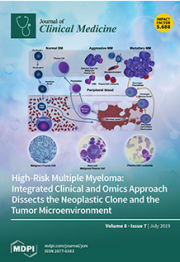 The authors of this meta-analysis scrutinised more than 1000 reports on the effect of acupuncture on depression in medical journals, and by applying strict clinical trial standards reduced the number of reports down to 29 for analysis. These reports included more than 2000 patients. Their analysis indicates that acupuncture can make a useful contribution to the management of depression, either on its own or alongside medication.  This report did not focus particularly on women, or on women who were pregnant, post partum or infertile. However its findings could find application in these areas where depression has been diagnosed.

Background: Depression is commonly treated with anti-depressant medication and/or psychological interventions.
Patients with depression are common users of complementary therapies, such as acupuncture, either as a replacement for, or adjunct to, their conventional treatments.
This systematic review and meta-analysis examined the effectiveness of acupuncture in major depressive disorder.
Methods: A search of English (Medline, PsychINFO, Google Scholar, and CINAL), Chinese (China National Knowledge Infrastructure Database (CNKI) and Wanfang Database), and Korean databases was undertaken from 1980 to November 2018 for clinical trials using manual, electro, or laser acupuncture.
Results: Twenty-nine studies including 2268 participants were eligible and included in the meta-analysis. Twenty-two trials were undertaken in China and seven outside of China.
Acupuncture showed clinically significant reductions in the severity of depression compared to usual care (Hedges (g) = 0.41, 95% confidence interval (CI) 0.18 to 0.63), sham acupuncture (g = 0.55, 95% CI 0.31 to 0.79), and as an adjunct to anti-depressant medication (g = 0.84, 95% CI 0.61 to 1.07).
A significant correlation between an increase in the number of acupuncture treatments delivered and reduction in the severity of depression (p = 0.015) was found.
Limitations: The majority of the included trials were at a high risk of bias for performance blinding. The applicability of findings in Chinese populations to other populations is unclear, due to the use of a higher treatment frequency and number of treatments in China. The majority of trials did not report any post-trial follow-up and safety reporting was poor.
Conclusions: Acupuncture may be a suitable adjunct to usual care and standard anti-depressant medication.
Enquiry Form X

THE TREATMENT OF OBESITY BY ACUPUNCTURE not posted